I’m having an issue downloading the bitcoin blockchain on a new computer. I downloaded it all day yesterday without issue (80% downloaded) and then when I woke up this morning the computer was still on but Bitcoin Core was closed. I looked at the error log and didn’t see any reason as to why it closed.

Here’s the debug log from first thing in the morning prior; no errors or anything that stands out to me, it just abruptly ends:

I opened Bitcoin QT and just tried to have it keep grabbing blocks to see if it would finish downloading or if it would run into an error. I left and once again came back to a computer that was still on, but Bitcoin Core was closed.

Here’s the debug log from this second closure; similarly no clear errors and just an abrupt ending

I tried again to just run Bitcoin QT to see if it could finish grabbing the blocks or if an error would at least populate. It did shortly after populate some errors saying something among the lines of “couldn’t access block #### data” (in hindsight I should’ve screenshotted the error popup).

Here’s the debug log from this third closure when an error populated. This one similarly ended abruptly at the bottom of the debug file, but it at least had some errors earlier in the debug file (the only time that the word error was referenced in any of these files). After the Error, it seems to resume as normal, and then just cut off abruptly 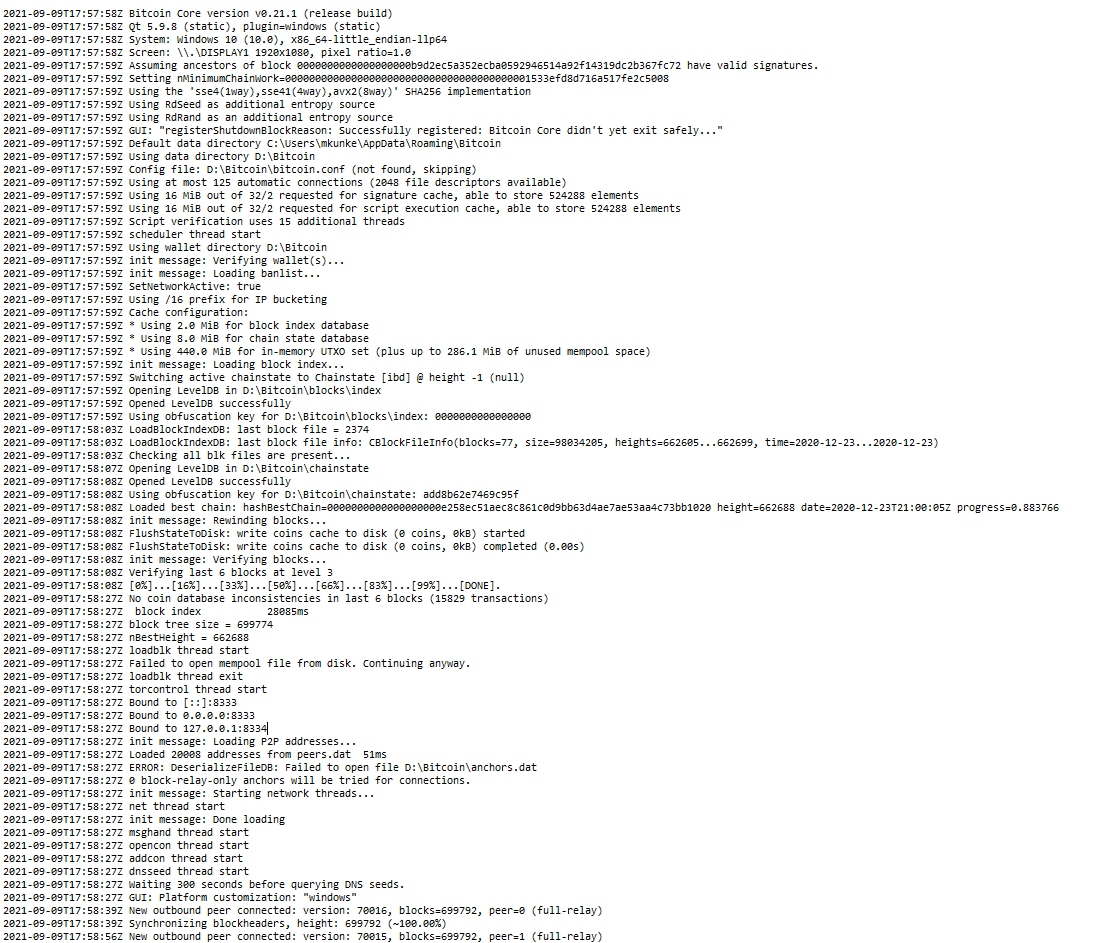 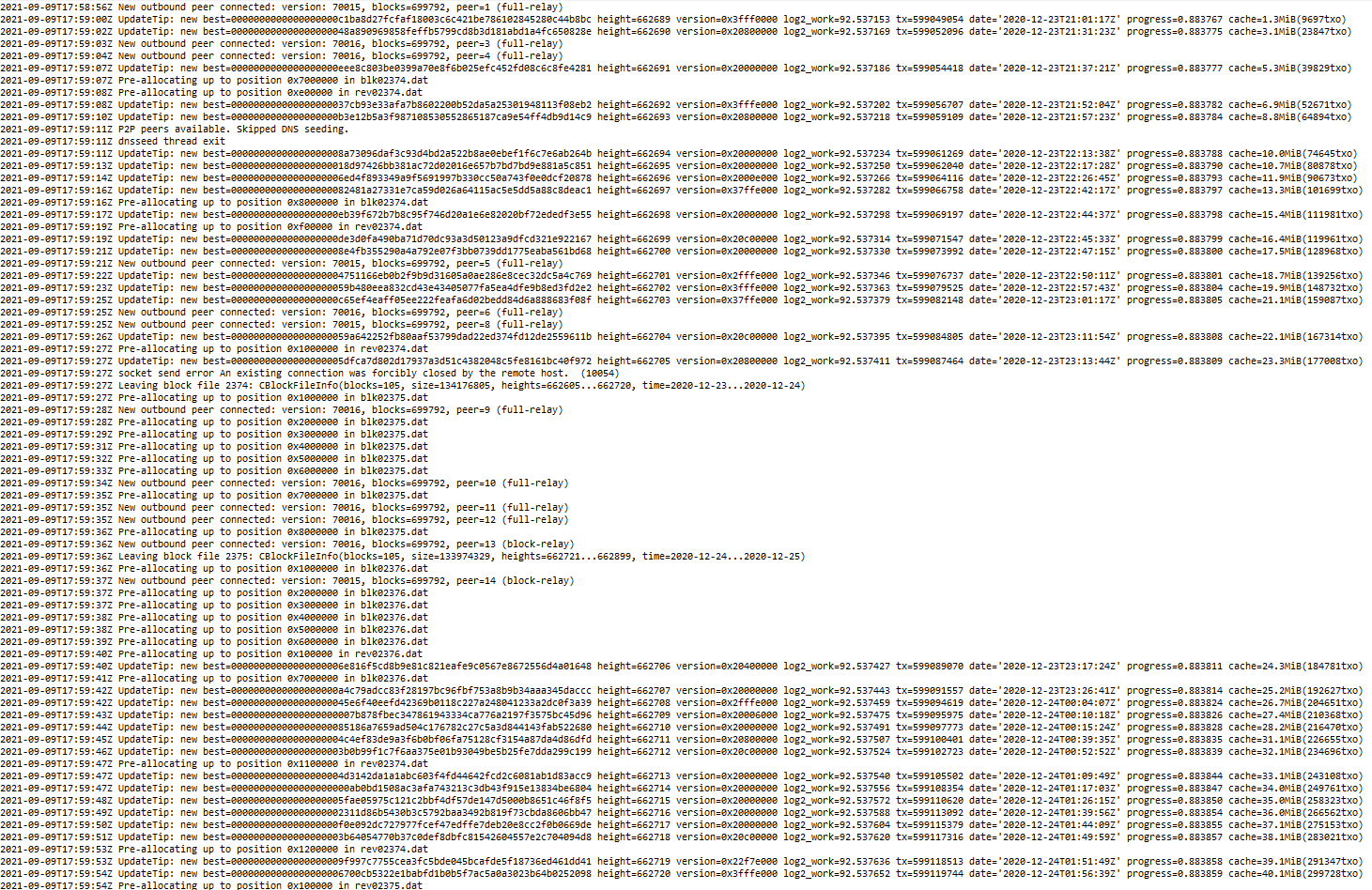 Creating a lightning invoice without running a full node

I have deleted Bitcoin core but it keeps restarting and taking the ...